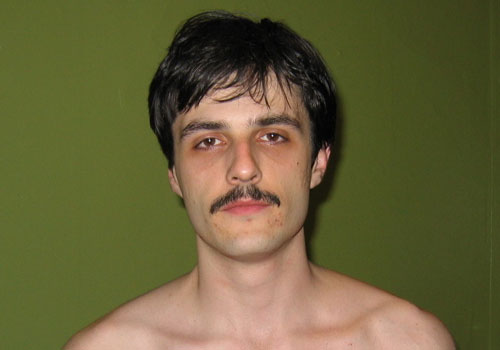 We are all forced to ask that question.

Well…that picture WAS taken of me at some time in a past that I do not entirely remember. It was brought to my attention today by the lovely Miss Ratchet.

And…today I put forth a less than stellar performance at work.

Or…perhaps…it is in some kind of honor on this the anniversary of the death of Frank Zappa. But what an at least slightly silly thing it is to honor the death of someone…on a date that is only so very abstractly accurate. Therefore, only the moustache and not the full goatee type thing?

No, that’s not true at all. But such information did come to my attention today and I did think of writing something, but didn’t want to slap-dick it together in some dripping academic or emotional way. Best ye just check out what ye can check out…and dig.

So back to me…

The initial disgust has now faded…I assure you. Scroll up to the picture again. It’s growing on you…or in you…isn’t it?

Although slightly too short…there is something I can’t define about the mustache, but which definately casts it as a deutschy, – in the fashion of the Pennsylvania Deutsch that is – moustache.

Yeah, I got an Uncle Junior!

In that, in this picture, I look like him and he has always reminded me of the He-Man and the Masters of the Universe character Man-At-Arms, I also take great joy in the opinion that I look like that character as well!

You sit there and smell…until you smell IT!

We can overcome the technology!