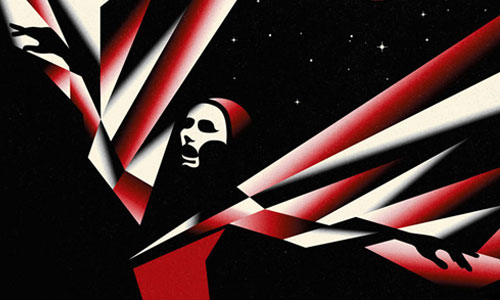 During the opening scene of Black Swan by Darren Aronofsky, I remember already thinking to myself – with the tact of Louis C.K. – “That nigger makes the SHIT out of a movie!”

There is a great indulgence in his movies tempered only by his own thoughtful control, using the medium as an exacto knife, picking away at…flaking the marrow of someone’s soul until things more horrible and surprising than that violence are released and laid bare.

All of the players serve their characters well, but the surface narrative and characters would not have held my interest, a simple story of a shy and sheltered ballerina with warranted mommy issues landing the big part in Swan Lake and then struggling with the desire, passion, and wickedness necessary to both sufficiently portray the role and hold off those that covet the same.

With that outline, the story could be terribly boring, but Aronofsky unabashedly abstracts these mental states, expressing them in a way that can not be communicated by normal observable actions or with academic/medical terminology. Instead, we are witness to a real poetry and this psychological horror show becomes the most important character on display, as splendidly played by Natalie Portman.

The attraction, though likely not widely shared, is the same as if you see a deer lying by the side of the road, killed weeks ago in a car accident. But you can’t really describe the scene as just a dead deer. On closer investigation, you find the jaw twisted and shattered, teeth scattered through the weeds, the deer’s ribcage ripped open, but no longer gruesome, the guts having dried to a state of sculpture, dirtied by the gravel and dust of the road. A hub cap rests, fractured, a few feet from the deer’s hind feet, just another piece of the collective carnage. If you delve deeper, it is not a textbook cartoon definition of death…it not even simply a horror show; it is a strange unique mix of effectively infinite perspectives, producing otherwise unattainable thoughts and feelings from the viewer.

Aronofsky is indeed a filmmaker. Watching Black Swan, with its nails-on-the-chalkboard intensity of sound and vision and its rough surgical construction, it’s hard not to think of him literally working the film, putting his hands on it and molding it into its final shape as though it were a sculpture.