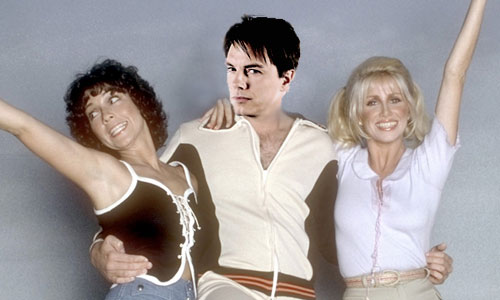 In the 2005 Doctor Who episode “The Empty Child”, writer Steven Moffat created the character of Captain Jack Harkness. Played by the multi-talented John Barrowman, Harkness was a cocksure time-travelling omnisexual con-man whose sexuality was not trumpeted as some great progressive cause, but was instead just a free-wheeling reality of the character, a charismatic, impulsive and less noble James Bond who would just about literally fuck anything that moved.

Later developments had the character acquiring a sort of immortality whereby, although actually suffering death countless times, Captain Jack would always bounce back after a momentary, but horrifyingly traumatic time-out, apparently living so many thousands of years that he was somehow transformed into a giant floating Mr. Potato Head referred to as “The Face of Boe” that eventually died of natural causes. Go ahead and scratch your head at some of that, but its more or less acceptable in the loose science-fantasy world of Doctor Who.

Then Doctor Who executive producer, and all around cheesy melodramatic asshat, Russell T. Davies then proceeded to completely ruin the character, adding obligatory veneers of wholly uninteresting tragedy and an ugly, weeping matronising tendency during the Doctor Who spin-off series, Torchwood. The actual history of the Torchwood Institute was a clever creation, a secret organization founded by Queen Victoria with the mission of researching and containing extraterrestrial/supernatural threats such as The Doctor.

The television series, however, dealt only with its modern incarnation, a rag-tag group of professional and social rejects that I can’t see having any appeal to anyone. The characters very much reminded me of The Scooby-Doo gang, except that you hate ALL of them and they don’t really seem to do much about mysteries, spending most of their time crying into tubs of ice-cream and watching soap operas on the telly.

Captain Jack Harkness, who was once a vibrant, supersexual rebel was now ONLY gay…gay in the deflated, derogatory sense that has nothing to do with sexuality or happiness.

Although Doctor Who cast-away Martha Jones brought momentary relief on a few episodes, sifting through the Tochwood team’s therapy sessions for moments of supernatural, science-fiction delight was so consistently a chore, that the only reward was happily watching as most of the team died over the course of two seasons.

By the time of the mini-series Children of Earth in 2009, the team had been reduced from 6 to 3, including Harkness. Obstensibly, they only still remained a team at this reduced manpower because Russell T. Davies didn’t have any other projects lined up and really needed the work. Children of Earth itself was actually a tolerable story, my only complaint being an only mildly compelling and anticlimactic mystery that was strung out far too long, making one remember the bad old days of classic Doctor Who serials.

When Children of Earth ends, another one bites the dust and Captain Jack cries his eyes out over some ridiculous thing he HAD to do and leaves Earth. Gwen, the last remaining member of Torchwood, fucks off to some hole in Wales and goes about her boring life, better left undocumented.

And there was much rejoicing.

At this point, it would have been better if Captain Jack Harkness ceased to exist than for audiences to be pelted with by mediocre reminders of the lame character he had become.

However, it seems Russel T. Davies still has no other interests in life and has conned new investors for a new series, Torchwood: Miracle Day, which is going to be just as good as the title sounds, trotting out the same old middling melodramatic shit in a slightly new package.

I appreciate Russel T. Davies great efforts to revive the Doctor Who franchise. However, were there ever a need for a World Government to exist, surely it is in order to have the authority and means to ban all possible Torchwood content and return the character of Captain Jack Harkness to the oversexed wacky next-door-neighbor of Doctor Who.