Doctor Who is VERY Mr. Smith

Ladies and gentlemen., what we find above is a picture of what has apparently been a hotly anticipated reveal, that of the new Doctor‘s ensemble.

He has a nice new suit…I DON’T like it.

Inside of these clothes is one Matt Smith. If you are not familiar with the man, he is well known as the man who is NOT me who will be the 11th Doctor on the fine BBC sci-fi program Doctor Who. I begrudge dumbly and judge him well in advance of anything that can be evaluated. However, I have found myself replicating the Parkinson’s induced hand fluttering that will surely be his trademark, showcased in moments of excitement in past interview on the subject of receiving the role.

Its a great deal of fun, really. I’m doing it now as I type. Imagine that!

All my silly jealousy aside, that is some fairly drab garb. Perhaps the BBC received some criticism in regards to the advanced youth of the new Doctor and so at least took measures to make his clothes very old and fading.

Though the original press shots of Matt Smith as the Doctor were fairly emo, I had actually looked forward to that as a mood to further explore in the upcoming series, continuing on the theme of the Doctor tempering his darker tendencies with companions that he surely outlives or otherwise loses through time and space. 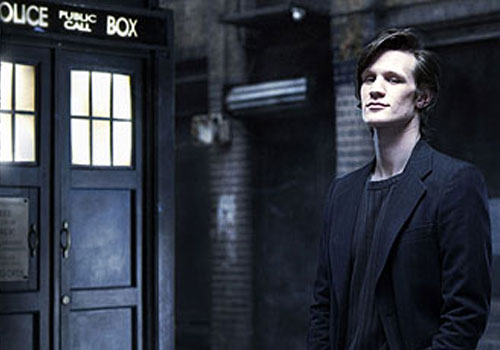 Of course, I don’t mean for the show to go Goth or anything similar, but, still, perhaps a touch darker than the clown nose, albeit lovely, that Russell T. Davies has sometimes placed upon it.

And I shouldn’t complain too much. At least the costume hasn’t spiraled anywhere near to such a circus theme, unlike in the past when the soul of the show was lost and producers attempted to replace it by sticking question marks all over the outfit. I could almost picture a question mark in the middle of Matt Smith’s bow-tie, a string attached that when pulled would make punctuation spin and emit a loud “whooo whooo” sound sure to alert the audience how peculiar and rare the depth of the titular character truly is.

But let’s be quickly distracted by Karen Gillan in and out of the role of Amy Pond, the Doctor’s new companion. She has a rare quality about her and, fueled by perhaps a little something more than envy, I was more greatly intrigued by her casting than that of Matt Smith. Though here too, I prefer the previously disseminated costume which first brought about the realization that grunge is something old enough to be retro. 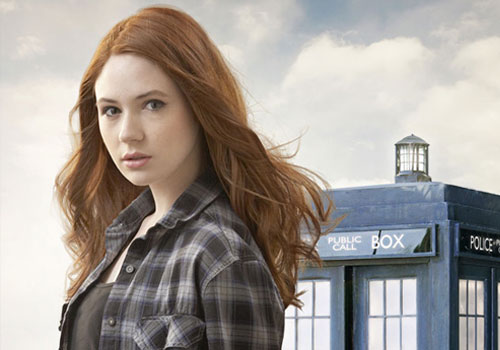 Yes, the two of them certainly do seem a proper pair and I would be even more excited for the upcoming series if it weren’t for the fact that the Doctor has lost his TARDIS and has taken up shop instead as a local veterinarian helping…

Now…if you happen to live in New York City and somehow have access to BBC proper – and, this is important, do not happen to be a serial killer or molester of any other sadistic type – please contact me so that we may watch all the forthcoming Whovian festivities as quickly as possible together…or you can just leave me a key and not actually be there.

The Doctor? Never heard of ’em. I’m The Sporadical…last of the Time Lords : P