Richard Ayoade’s Submarine – Another Way to Come of Age 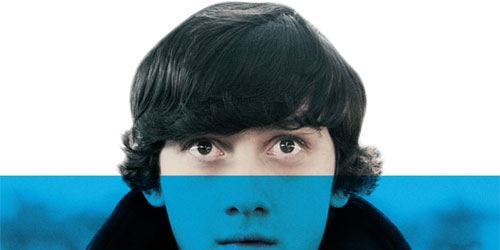 The newly released coming-of-age story, Submarine is a lot like the movie Amelie

, but instead of starring the impish Audrey Tautou

, it stars a 15 year old action figure of teenage male introspection, Craig Roberts as main character Oliver Tate; and instead of being set in a sepia-rich, fantasy Paris, Submarine is submersed in an eternal autumn dusk, the underexposed reality of Swansea, Wales.

OK…perhaps there are significant differences between these films.

), adapted from a novel by the same name by Joe Dunthorne

, telling the story of one Oliver Tate who not only struggles with navigating the social pitfalls of his first love, Jordana (Yasmin Paige), but also attempts to save his parents’ faltering marriage when an old flame (Paddy Considine) uses new age charm to lure his mother (Sally Hawkins) away from her less passionate, passive husband (Noah Taylor).

This is a fairly standard structure within a fairly staid genre, but what saves Submarine is what saves any coming-of-age tale: uniquely endearing characters that while going through similar, sympathetic events that most of us have encountered in our lives, surprise with their own actions and results.

The particular spin of Submarine, is to present these quietly quirky characters as part of a very believable reality, rather than a parade of the absurd, only slightly straying with Oliver Tate’s internal fantasies, certain to have sprung from his mind, but which still employ the same drab aesthetic as the rest of the film, extending the authenticity of the real world to his inner workings. Some may bristle at the apparent lack of lessons-learned, but I actually appreciate what I understood to be an honest proposition that life’s awkward moments may not always end with transformational moments met with a hero’s welcome, but are sometimes only a momentary, blunt, gasping victory before the next awkward attempt in life.

Fans of Richard Ayoade, the actor, will not be disappointed. Although he does not have an acting role in the film, his lovable awkward personality has a strong, yet organic presence in the voice of Oliver Tate, particularly the careful, self-conscious conversations with his parents.

Simply viewing the poster or trailer for Submarine, one might think, as I had, that is simply a Welsh Rushmore

directed by Richard Ayoade – good enough reason to rush out and see it, actually. However, ignoring the shared genre of the movies, the comparison doesn’t quite hold up. There are some surface similarities between the main characters. Rushmore‘s Max Fischer is a larger-than-life, precocious yet loveable cartoon who’s “ME vs them” attitude dominates the story of that film. While Oliver Tate does echo some of Fischer’s precocious interests, his goals are much smaller, actual size and more immediate, only made theatrical by the self-conscious uncertainty that Oliver uses to tight-rope walk the audience over a pit of potential disaster.

While watching Submarine, I did actually catch myself thinking of Amelie, likely prompted by the similar rhythm of quick-cut, pop-gun narration that presents each character’s stranger plots. While Amelie warms the audience’s hearts with the main character’s naively elaborate yet wildly successful plans, Submarine very purposely lacks the fairy-tale gloss necessary to smooth over the more realistic, unfortunate results of Oliver’s equally elaborate plans, best-laid or otherwise.

Subamarine stands on its own with a light-and-breezy stroll through the realistic yet quietly entertaining relations of its peculiar characters. While it might still remind us of other films in the genre, this adds a thoughtful perspective to our own coming-of-age stories, reflecting what might have gone better; finding solace that it could have gone much worse; and realizing that it may not have ever ended, every moment of our lives a strange new experience to stir change in us, whether our attempts be romantic, heroic, awkward or a strange mix of all these things and more.