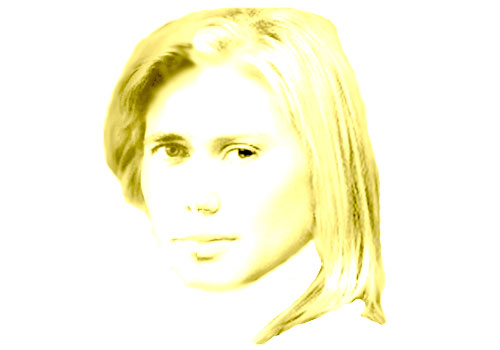 I find myself greatly more attracted to fiction that has at its base some incredible and unique mystery sure to be filled with absurd twists and other things unexpected. The joy here, as any internet fanboy will affirm, is gossiping about what may happen next. Often, I find myself outsmarting the process, coming to convoluted, but perfectly constructed theories of orgasmic revelation that never pan out…though perhaps in many situations they should have.

Despite my horrid track record, I believe I may in fact have snagged something brilliant that seems too true to fail.

Battlestar Gallactica…not only the best Science Fiction…not only the best Drama…but possibly the best media production in recent years…thrives as such mostly because it is…filled with secrets. In fact, it is overflowing with them so much so that they have formed a perfectly endless queue so that if any is revealed, a new secret instantaneously fills its spot. There is no escaping the onslaught of intrigue.

Last night’s episode, “No Exit”, was more a stage play than a SciFi television show, rotating between two revelatory conversations – a somewhat less graceful balance than other episodes, but providing a necessary pause from the previous action packed episodes to explain more or less what the hell has happened and will happen again.

Many interesting things were discussed, but to limit spoilers and highlight my great..great….awesome theory, we’ll cut to the chase.

Ellen, tragically poisoned by her husband Saul Tigh, turns out to have been less tragically poisoned in that she is in fact the final cylon, having resurrected on a ship orbiting New Caprica. At first startled, she very quickly slips back into her true nature, that which could be appealingly described as “The Mother of All Cylons”. Her relationship with Dean Stockwell‘s Number One is best highlighted by the fact she calls him by the name of John because that is the name she gave him when she created his model. The Final Five, are indeed special…for, amongst other things, they created the other human cylon models.

Their conversation is of a very heated metaphysical and personal nature, whereupon a turn to the latter tells the tale of another human cylon model, Number 7 also known as Daniel, who was sadistically and wholly wiped out by John, Number 1.

Back on Galactica, another of the illustrious Final Five, Anders, is somewhat recovering from a bad case of a bullet in the brain. A lucky turn on his affliction is the fact that it causes him to remember….EVERYTHING..yet his physical state only lets him blabber it just so. Quite significant details are told of the origins of the Final Five, but he also lets slip or misspeaks in mentioning the 8 other human cylon models that the Final Five had created, whereas before it was understood there were only 12 total human cylon models. Echoing Ellen and John’s conversation, Anders also blabbers rather more incoherent ramblings of Daniel, the 7th human cylon model.

So there we have it…the new golden nugget dangled just out of our reach. Again it is a matter of a mystery cylon model. Some have suggested that it is someone we have not yet seen. Others have searched for every character named Daniel to appear on the show. And still others have come up with more fanciful, improbable tales…

But I got it all figured out…MAN!

In her conversation with John, Ellen remarks that Daniel was sensitive, emotional artist. These are significant traits that I easily associate with Starbuck, particularly her prophetic painting from earlier in the series.

It does not take some incredible genius to try and somehow connect Starbuck, Kara Thrace, to this mystery model. She has…after all…been repeatedly beamed over as someone terribly important by Leoben and a Hybrid; and there is the little matter of her having blown up, reappeared in a pristine white ship, and then discovered her irrefutably blown up ship and corpse on Earth.