Complete Back Amputation, A True Tale 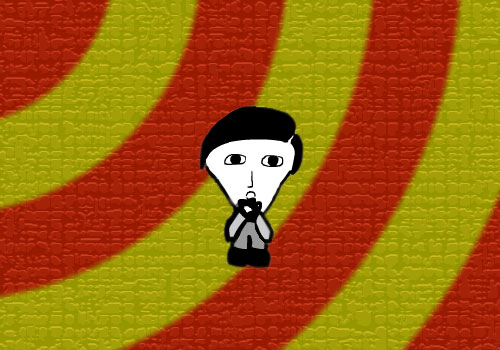 I remember when I think it happened. I was playing basketball, one-on-one, and I was in a rare Dirk Nowitzki can-not-miss mode while playing much better defense than the my NBA reference. I had a bit of a throbbing pain in my inner thigh, but I told myself, “Just play through it, pussy. How many times you get to play like this? You’re afraid everything is something.”

And so I played on…to no ill-effect. I left the gym a legend – to the two guys who were watching – and triumphantly made my way to my bicycle, ready for the ride home.

I disposed of the lock and every so lightly applied force to steady the bike for mounting when SNKT! Something strange and horrible had popped in my back, rendering me an unbendable popsicle stick of pain. Yet, somehow I was able to perch myself on my bike and coast the thing cross-town, back home.

How I got the bike up the stairs, is a bit of a mystery, my mind possibly blocking out the painful memories as surely I must have just mumbled, “Fuck it!” and dragged it behind me while screaming impossible curse words in my head.

Crazier still was the half-hour spent contemplating a way to get into the bed that would not make me explode with pain. I stood there, consulting blueprints, reading computer projections, and smoking a pipe before eventually just collapsing into the bed like a deer dropping in the field from a rifle-shot. Thanks to my lady-friend and marksman, Ratchet.

The condition did not exactly improve as much as it was ignored. I dumbly went straight back to work, essentially rubbing some dirt on it and trying to walk it off. It was months before I tried ice or heat, the smearing of medical marmalades, stretching, exercise, extended rest, or human sacrifice. Perhaps I waited too long, but none of it quite worked.

Somewhat bristling at the idea of stumbling around like some old fisherman on the docks for the rest of my life, I finally sought consult, nearly a year later, with some old men who were white coats and put their hands all over you.

The first line of treatment was comprised of oral steroids, which really were a splendid aid with which I grew the spectacular breasts you see before you – if you look hard enough, that is. Alas, I think much of their anti-inflammatory properties were wasted on a horrible contusion of my abdomen that I had also dumbly inflicted on myself some days earlier while resting furniture on that part of my anatomy.

At a follow-up appointment, these mixed results along with the results of an MRI made necessary a new course of treatment. The MRI, it seems, revealed the cause of my back pain to be related to the fact that I was PREGNANT!

The orthopedists, clearly not trained to deal with pregnant women, let alone men, gathered around scratching their goatees and smoking their pipes, “My good man, how are we to treat a pregnancy?” His fellow responding, “Well, I do know they quite often make use of an epidural. Do let us give him an epidural and perhaps this damned pregnancy will cease to be!”

And so it was decided, not really because I was pregnant, but because I had a herniated disc and an epidural is a pretty good way of getting anti-inflammatory steroids right up in there.

There is a fine balance to be made between a paranoid hypochondriac setting up shop on webMD and the dumbly heroic mentality of shambling along and making do with a mounting series of injuries. I think I’m starting to get there. This is a tale not of growing older, but of learning that the human body is not a cartoon and that there are actual meat and potatoes inside of it that do not always bounce back with the same “suck-it-up” heroics that fill your mind.

This particular chapter is not yet finished. I am yet to endure the epidural. It may solve everything and you’ll soon see me bouncing around more cheerfully and exuberantly discoursing on all the mundanities that dominate our lives – more likely just the bouncing part. Perhaps my baby will be born after all! Or perhaps a terrible accident will occur and I’ll be paralyzed. Which may come as a shock to me, as I may forget all I’ve recently learned, once more believing that my body is but a Technicolor magical mist of fairy dust and dirt, pushed into action by the unseen, incorporeal mind that is mine.

For the sake of science, it is a good thing we have these debilitating injuries to remind even me of something closer to reality.