Zen and the Art of n00b Maintenance 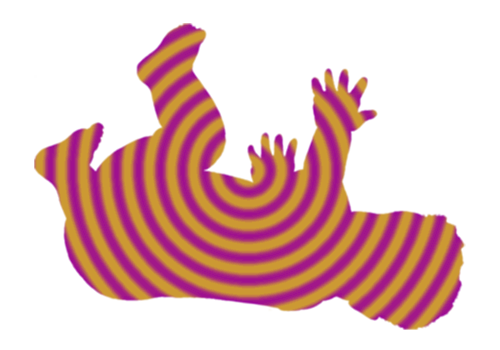 It would not be accurate to describe myself as a die-hard, long-storied, massively multiplayer online (MMO) video game player, but I have certainly logged a few hours in the past – intensely – and may well be on my way to deserving such a description as I’ve recently taken a few trips with VALVE‘s very excellent gateway drug Left4Dead, which is not the fourth installment in a series of zombie-killing video games.

This passtime is indeed excellent and personally rewarding, but it also happens to be sickeningly infested with one of my least favorite things in the world, suckling at the innards of an otherwise lovely thing: N00BS!

The preceding exclamation was pronounced not unlike Ogre from the fine, fine film Revenge of the Nerds when the character, overflowing with a rumbling rage, growls, “NERDS!”

I don’t actually hate “n00bs”, which – for the “word n00bs” out there – is a very derogatory term for those poor souls who are new to a game or perhaps not quite on par with the elite, or l33t, players, who are indeed saving the planet…every game…and therefore must be afforded this right to viciously belittle their fellow man.

Might I say, that I also, personally, really dislike l33t speak in general as well as most standardized slang.

Hmmm…I guess I can say that.

Of course, this is an ugliness found in any avenue of life, a point that further contributes to my theory that no one has ever actually graduated from High School and every stage, sector, or industry of life is really just an extension of the clique/alterna-clique nature of that prison social structure, whereby, following this logic, even the most exalted person in the world or even our expectations of a transcendent alien consciousness is only really in grade 28 of an infinite High School.

That is, describing such a quality of relationships where one, who may have once been the object of such elitist intimidation, perhaps even from the very group he/she is now enveloped by, turns the scorn on someone still deemed an outsider in order to protect the quality and preserve the value of that to which he/she now belongs.

True everywhere, indeed, and with perhaps deeper consequences elsewhere, but it is very bluntly and most intensely expressed in MMO communities, where one is often pounced the very moment they spawn.

For metaphorical instance, a baby is born in the hospital and because it was not able to clear the fluid from its own mouth and sever its own umbilical cord, the doctor sits in the corner giggling and screaming, “N00B! FUCKING DUMB ASS N00B!”as the newborn convulses and then gurgles away.

I personally, occasionally, enjoy playing with new players who are just learning the ropes. Not because I wish to seem like some kind of God to them, but because its actually fun to see someone learn, growing better, strengthening the pool of players, and in turn improving the quality of games. Additionally…by hour 13 or so of non-stop gaming…one’s skills have diminished such that this serves as a necessary holiday, almost as though one is taking a break, without actually doing so. No rest for the infected, dontchya know?

Now…there are indeed trying times, lets say, when a new player is on your team and you have just put yourself in so much of harm’s way to where you now lie there at their mercy, patiently attempting to guide them through the process of reviving you…and they shoot with a pistol as you are in mid-sentence…then cycle through their inventory – past the med pack…twice – then accidentally finish you off with a shotgun blast to your head. As you ghostly spectate, you can see them now with med pack in hand attempting to heal the wall by which your body once lay, as they are eaten alive by an angry horde of zombies that they are somehow ignorant of.

That is a sad and somehow very lonely time for everyone involved…and it is perhaps in a situation such as this where even I may be heard to mutter well under my breath, “…omg…sonofa…fucking…n00b…”

Perhaps…to a degree…a little bit of scorn is necessary for quality control or at least as a kick in the ass for fresh meat to become more skilled than…well…meat.

But really, it is times such as these – and more frequently than that – where I do indeed wish the n00bs good tidings, but instead seek out friends – known commodities – whereby we may, in what is almost assuredly not a gay thing, go arm and arm into battle to achieve a higher quality of gaming…a higher level of consciousness…or, at the very least, a higher class of ass-clownery…minding all things n00b with perfect Zen in our souls and a sawed-off shotgun in our hands.