To the n00bs at The Criterion Collection 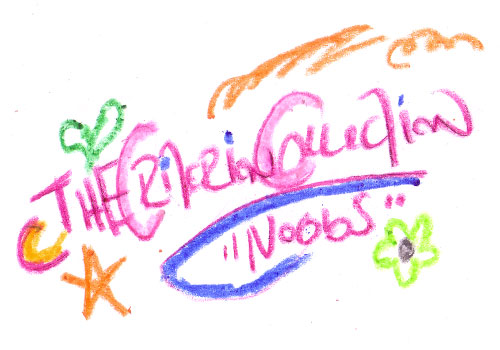 That which most confounded me during the DVD era, and seems only so recently resolved, has sprung its head again in the somewhat less brave new world of Blu Ray. For the longest time, some of my favorite films were only available on scratchy, no less than thrice copied VHS tapes. When I first saw Eraserhead, for example, it was on one such tape and I remember thinking to myself…”Wow…that is a really dark movie. NO! I mean…really dark…I couldn’t see ANYTHING.” But perhaps the format delay is more understandable with more cult-ish movies like Eraserhead or the film by Neil Young and DEVO, Human Highway (still to find its way to any format beyond pricey auctioned VHS tapes).

Following the same rationale, foreign movies, as well, may understandably be delayed through the evolution of media formats. And they were during the DVD era, but then they came…so many lackluster, boring, painful movies no one really likes, yet nods smartly to when mentioned because some trendy hipster man or woman with a goatee in a position of power once wrote or spoke of how important they were and everyone is too afraid to let their actual opinions known.

Yet for almost the entire era of DVD, my two favorite foreign flicks didn’t see the light of day until that night fell, Fellini‘s 8 1/2 and Ingmar Bergman‘s Persona.

Fuck the what, folks!?

Although Persona was eventually published by MGM and Fellini’s 8 /12 came out in a very nice set, I still chide and deride those n00bs at The Criterion Collection for sucking pants for so god damn long. Fucking boobs!

But those fine films did make their way to DVD, and it brought hope that it would make an easy transition when Blu Ray won the war, BUT NO! If we check The Criterion Collection’s current and planned releases on Blu Ray, we find that neither of these or many more important gems are in the works. Instead, they focus their energies to rush out such classics as: Gertrude and Jim Are In Love But It’s Also Tragic?, Monique: Naked and Slow, But Not Really Sexy, and Luigi Rows a Boat for About 3 Hours. Wooooo!

Editor’s Note:
The funniest thing about many Criterion Collection DVDs are the newly created or newly composed cover art, which often make one think that the cover’s style, particularly where it poses characters and objects from the actual film, would be quite similar to the actual film. Yet often you wind up watching some horrible realist thing, the style of which is as poor and blunt as its content and you end up throwing away the disc and hanging the cover on your wall.

But I’m not being fair. While I am still disappointed that neither of my favorite films are on the great new format, they are offering a few other great, awesome, surefire, kick ass flicks: Jacques Tati‘s Playtime – though I do dig Tati’s Mon Oncle more – and Alain Resnais‘ and Alain Robbe Grillet‘s Last Year at Marienbad – which is slow and taxing, but so well done. I also like Ingmar Bergman’s The Seventh Seal and Francois Truffaut‘s The 400 Blows, but think neither are awesome enough for me to run out and purchase or even hustle to a screening.

So…the majority of my credibility was quickly dashed in order to make some funny jokes about art house douchery, but I would like to take a moment to once again state how completely awesome Fellini’s 8 1/2 and Ignmar Bergman’s Persona are. And now, I’d like to completely dash my credibility, by once more defaming The Criterion Collection for Disney‘s Tron not yet being available on Blu Ray.

Snatching my hip factor from the snobby snatches of art faggery, I state that I am offended that Jeunet et Caro‘s The City of Lost Children is not avilable on Blu Ray – as its mystery and visuals match each other with such splendor that it may in fact be the most beautiful things to be seen in HD.