Sherlock Holmes: What is in a Name? 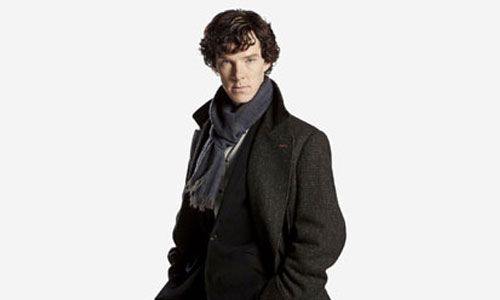 How cool is the new Sherlock show from the BBC? Doctor Who show-runner, Steven Moffat(Doctor Who, Jekyll) and Mark Gatiss (League of Gentlemen) take the bastard brilliance of Sherlock Holmes and jam in modern time, casting Martin Freeman (Office, Hitchhiker’s Guide to the Galaxy) as Doctor Watson.

I do not actually know how cool it is. I happened upon 5-10 minutes of it last night on PBS before my cable/internet died a horrible death signalling it was indeed time to go to bed. What I did see was pretty cool. I imagine there is some question of translating the old-time quirks to present day. From what little I saw, it looks like Sherlock’s nagging cocaine habit has been replaced with cigarettes. That is lame and a valid complaint, but not terribly central to the character. The bigger question I would have is how his scientific/technical superiority translates to modern times when you would imagine crime labs would be as equipped as he is. Perhaps it is simply his proficiency with smartphones that sets him apart…

This I do know, however: the name of the actor who plays Sherlock Holmes is Benedict Cumberbatch. He’s seems a fairly sharp and prickly choice for Sherlock. The only information I have in regards to his bio is that Benedict Cumberbatch isn’t actually his real name. He changed it for show business. His birth name was Butterscotch Nipplesnatch.* I suppose you can only improve so much in one go…

*This is the opposite of truth.