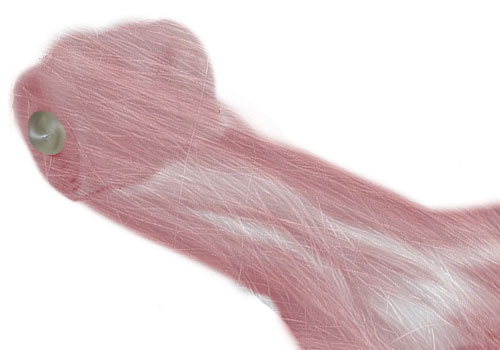 Bright white beams of light shine off similarly colored walls, contrasting with the grey green rubber mud of the floor and the machines as last call is called in this letdown fitness center of my dreams.

I scurry, as seems normal procedure, through a small square tunnel lined with similarly green ceramic tiles that opens into a darkened High School gym, the hardwood floor of which still somewhat glows a strangles bright golden umber.

A gaggle of black and white formally dressed teens are slowly wading their way to the exit falling in amongst themselves with learned actions and witticisms they think natural and original to mark such a bonding special moment that already collects dust on their future fireplace as “that time when…” …which is not as much observed as it is inherent in the definition of such a group people.

I, dressed in rather plain if not shabby clothes, am certainly safe in this place after the fact of its event, yet somehow feel that even had I arrived in the throws of the dance nothing would have stirred as I would have simply been one of many things occurring.

Suddenly, an accomplice I never knew I had but with whom my relationship feels natural and goes unquestioned, spurs me on to the mission at hand beginning with another small square tunnel.

The tunnel narrows more and more as it approaches a locked metal vault hatch. Unlocking this with a combination that I don’t even have to try to remember, I pause in the last stretch of tunnel before the room that is our objective, the walls having narrowed so much that one must painfully contort one’s body in order to advance. A last second, last ditch doubt creeps into my mind out of both fear of getting stuck and the increasing feeling of illegality of what we are doing.

My accomplice eventually successfully urges me on and I crawl into a much more spacious room, an arching oval honey comb design constructed of semi-transparent golden plastic rectangles and similarly transparent white grout between these effective bricks. Against one of the curved walls is a steel device borrowing equally from slot machines and parking meters that has a simple keypad and a four digit display, currently empty.

Once again, I somehow intuitively know for certain the combination to this lock, but pause once more contemplating the legal implications of our impending heist. The impatient looks of my accomplice and the criminal caution thrown to the wind of apparent laws already broken win out and I punch in the winning combination which unfortunately was not “1, 2 ,3, 4” but may as well have been given how easy it was to come by.

Our prize is delivered by unknown hands, simply given into our possession, as not altogether alarming sounds and lights fill the room that could just as easily signify our hitting the jackpot as it might more commonly be thought of as alerting the proper authorities to our recent theft.

It is one million dollars in the odd medium of 50 yards of dry pink-grey hair attached to a heavy, ornately imprinted metal roll from a player piano, all of which is much less convenient than paper bills or coins, but serves the same purpose in our minds.

My accomplice and I, now feeling more alarmed than congratulated by the bells and whistles of our heist, quickly fumble ourselves and our prize away from the scene of the crime. Crossing Central Park under the cover of night, a relative calm overcomes our haste in trying to re-spool our prize while stumbling somewhat blindly forward.

The work passes time quickly as the morning sun is suddenly upon us not yet making our way out of the park, shedding light not only on the awkward and suspicious activities of two peoples having great difficulty transporting a trail of dirty pink-grey hair which is in fact, only now dawning on its current owners, the easily recognized natural form of marijuana, increasing the illegality of the situation.

Only just morning and the park is already full of patrons wearing obviously 1970s summer clothes and facial and chest hair. Impossibly, we tiptoe like a pink elephant through a china shop with no notice taken of our actions as we dodge into conveniently amply placed hedges nearby patrolling police cars, though here too we must tiptoe through naked wriggling masses that have too taken shelter here for their activities.

Emerging from the last hedge in Manhattan, I am now alone with this odd prize and so frustratingly close to freedom, a wide walkway with the prying eyes of the police focused upon it standing before me and the East River. Timing my run with a temporary window in their vigilance, I sprint to the side of the railing and heave myself and my roll of pink-grey marijuana hair into the water.

Plunging into and then bobbing to the surface of the water, I spy four shirtless men with beards and long brown/grey hair parted in the middle, who are almost identical to each other. I know for a fact that these are police officers undercover as The Beatles…very poorly undercover as The Beatles, but so committed to their craft that they have totally forgotten that they are police officers.

My safety now assured, I comfortably wade around the pier as this maritime world quickly tranforms back into the High School gym, now flooded with various wooden furniture and musical instrument taken prisoner to its shallow depths. Before the final fade out, a documentary voice-over summarizes the sad fate of The Beatles as my mind’s eye pans through the water to find another horrible likeness of John Lennon carved out of wax tied to a sunken piano John Lennon would have never played.

Freedom at hand and The Beatles completely demised, my dream is at an end…again.